Photo Credit: The Figaro Project
By Karlyn DeSteno
The Baltimore Opera House may have closed its doors in 2009, but that hasn’t stopped Baltimore’s composers and performers from creating and performing noteworthy new productions. Baltimore’s small D.I.Y. opera companies, like The Figaro Project, Rhymes With Opera, and the Baltimore Chamber opera, create small-scale, high-quality stagings of works ranging from the traditional to the experimental. Aided by cooperation from local venues, and armed with a dedicated cast of local instrumental, vocal and compositional talent, these independent opera companies have been serving up a series of new, genre-bending performances that are well worth the asking price.Check out these three local opera companies for new interpretations of classics, new works by local composers and innovative collaborative projects in the 2011-2012 season.

Fans of time-tested classics and older operatic works should check out the Baltimore Concert Opera, a collective that stages intimate, no-frills readings of classic operas by talented local singers. The company forgoes flashy sets and costumes in favor of showcasing the human voice and each work’s musical and lyrical content. This is a sure way for newcomers and veteran audience members alike to experience opera in a unique and inspiring setting, at a reasonable price.

This season, check out The BCO’s performances of Puccini’s Madama Butterfly and three other classic works. Single-concert and season tickets are available online After the Baltimore Opera House closed its doors in 2009, members of its cast and a host of special guests began creating their own self-funded performances of classic operas, to rave reviews. Since then, the Figaro Project has come into its own as an innovative, self-funded opera company comprised of graduates from the Peabody Conservatory at Johns Hopkins University and spearheaded by young singer Caitlin Vincent. 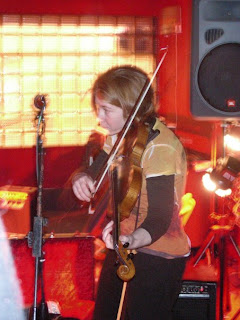 Rhymes with Opera focuses its talents on new and experimental vocal works, embracing a range of sounds and styles that bring new life to the operatic form. With a cast of local operatic and instrumental talent that is as comfortable with traditional opera as it is with improvisation, electronics and the avant-garde, this small company creates flexible productions in small, local venues to engage new audiences and push the boundaries of its form.

Past performances have drawn influence from hip hop to Greek choruses, from electronic rock to reality T.V. Old and new opera lovers alike are sure to be pleasantly surprised.

Karlyn DeSteno is a writer and artist living in Baltimore, Md.